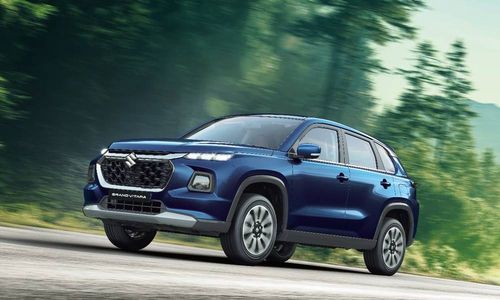 Announcing the launch of the Grand Vitara S-CNG, Shashank Srivastava, Senior Executive Officer, Marketing and Sales, Maruti Suzuki India Limited, said “Since its launch in September 2022, the Grand Vitara has received a resounding response from Indian consumers, thanks to its SUV appeal complimented by multiple future-ready powertrains. The introduction of the S-CNG option further expands the appeal of the Grand Vitara. The Grand Vitara S-CNG will contribute to our aggressive plan to widen our green-powertrain offerings, expanding to 14 models.”

At the time of its launch in September 2022, the Grand Vitara was introduced with a pair of 1.5-litre strong hybrid and 1.5-litre mild hybrid petrol engines. And now the company has added a CNG version to the mix. In terms of features, the S-CNG variants of the Grand Vitara will remain identical to the Delta and Zeta variants of the regular petrol model. So, the higher spec Zeta trim will get features like – 6 airbags, SmartPlay Pro+ Infotainment system, Wireless Apple CarPlay and Android Auto, and in-built Next Gen Suzuki Connect with 40+ connected features.

The Grand Vitara S-CNG 1.5-litre, K-Series, Dual Jet, Dual VVT engine, which in CNG mode, offers a max output of 86.6 bhp at 5500 rpm, and a peak torque of 121.5 Nm at 4200 rpm. In petrol mode the engine churns out 99 bhp and 136 Nm of peak torque. The CNG version comes with a 5-speed manual gearbox as standard. The Grand Vitara S-CNG can also be owned through Maruti Suzuki Subscribe at an all-inclusive monthly subscription fee starting from Rs. 30,723.