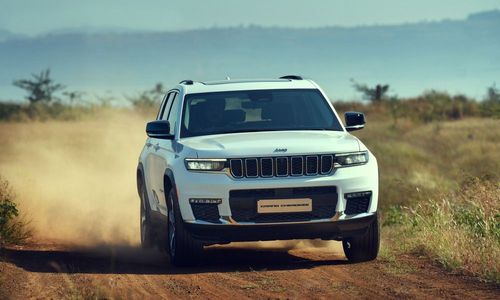 Jeep has brought the Grand Cherokee back to India with the new fifth-generation model. Priced at Rs 77.50 lakh (ex-showroom), the new Grand Cherokee sits on an all-new architecture, along with getting an interior and exterior design that has evolved over the previous model. While we are yet to drive the SUV in India we take a look at how it stacks up against rivals.

With the Grand Cherokee available as a petrol-only SUV, we have limited this comparison to just the petrol-powered SUVs in the segment.

On paper, the Jeep is the least powerful unit at 269 bhp and 400 Nm. The 2.0-litre Discovery and the Volvo XC90 make an identical 296 bhp though the Volvo makes 20 Nm more torque. Coming to the six-cylinders, the Q7 and Discovery make the most torque at 500 Nm with the latter edging out the Audi at 355 bhp as against 335 bhp. The BMW X5 develops 335 bhp, identical to the Q7 though it is down on torque at 450 Nm. All SUVs use 8-speed automatic gearboxes as standard.

The Grand Cherokee also goes up against the likes of the Mercedes GLE though the latter is only available with a pair of diesel engines.

*Dimensions for the international model.

Jeep has yet to reveal the dimensions for the India-spec Grand Cherokee though they are likely to be similar to the global model. In terms of size, the Grand Cherokee is the shortest in length though at over 4.9 metres long it remains at par with the rest of the segment. The Q7 is the longest SUV here in both length and wheelbase while the Discovery is the widest and tallest. The Discovery however has the shortest wheelbase here.