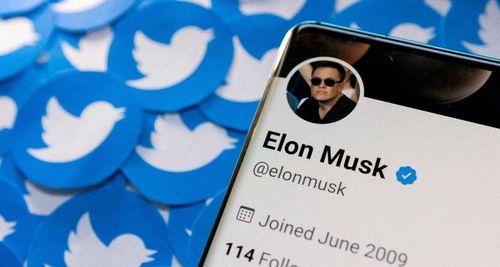 Aliya Capital Partners LLC, one of the biggest investors that joined Elon Musk’s $44-billion acquisition of Twitter Inc, said on Tuesday it expects to make up to five times its money despite the social media company’s problems.

Twitter has been hemorrhaging advertisers after Musk let more than half of its 7,500 employees go and alienated some users with his fast-changing moderation policy decisions. Musk tweeted earlier this week that the social media company has been “in the fast lane to bankruptcy since May.” He took over Twitter on Oct. 27 and this week said he will abide by the results of a Twitter poll in which a majority voted for him to step down as the head of Twitter.

Aliya, a Miami-based manager of the wealth of rich families, which invested $360 million alongside Musk in the Twitter buyout, said it believed Musk would capitalize on Twitter’s 229 million daily active users that have “historically been under-monetized.”

“We believe Twitter will produce a return of 4-5x in just a few years, with comparably limited downside risk,” Aliya Chief Executive Ross Kestin said in a statement.

A spokesperson for Musk did not immediately respond to a request for comment.

Kestin did not respond to follow-up questions on Twitter’s challenges under Musk. Banks that financed the Twitter buyout do not believe the debt is worth its full value and have struggled to get it off their books by selling it to credit investors, underscoring Twitter’s financial woes under Musk.

In his statement, Kestin pointed to Musk’s other accomplishments at electric car maker Tesla Inc and rocker developer SpaceX as the source of his confidence in the billionaire entrepreneur. Aliya also invested in SpaceX.

“While the global auto industry was literally spinning its wheels creating the same dull product, Elon created an industry. When NASA couldn’t get its rockets off the ground, this man’s vision took off,” Kestin said.