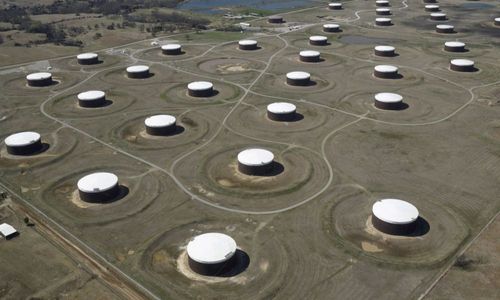 U.S. President Joe Biden does not intend to speak to his Russian counterpart, Vladimir Putin, about ending the Ukraine war as conditions for such discussions currently do not exist, the White House said on Friday.

“We’re just not at a point now where talks seem to be a fruitful avenue to approach right now,” national security spokesperson John Kirby told reporters.

His comment underscored the chasm between Ukraine and its main backer and Russia on negotiations more than nine months into the war ignited by Putin’s invasion that has killed tens of thousands, uprooted millions and destroyed cities and towns.

As part of a multi-pronged international campaign to curb Russia’s ability to wage war, the Group of Seven (G7) nations and Australia on Friday said they had agreed a $60 per barrel price cap on Russian seaborne crude oil.

The G7 and Australia said in a statement the cap would take effect on Dec. 5 or very soon thereafter. It aims to reduce Russia’s income from selling oil, while preventing a spike in global prices.

European Union governments, which have resolved their differences over the cap, will now need to formally approve it over the weekend.

The chair of the Russian lower house’s foreign affairs committee, Leonid Slutsky, told Tass news agency the EU was jeopardising its own energy security with the cap.

Kyiv says peace talks are only possible if Russia halts its attacks and withdraws from all Ukrainian territories it seized.

But the Kremlin said the West must recognise Moscow’s declared annexation in September of “new territories” before any talks with Putin.

“The president of the Russian Federation has always been, is and remains open to negotiations in order to ensure our interests,” Kremlin spokesman Dmitry Peskov told reporters.

Mykhailo Podolyak, a political adviser to Ukrainian President Volodymyr Zelenskiy, told Reuters that Russia’s offers of talks were “an illusion”.

There was an “absolute consensus” among Western states, he said, that there could be no direct talks with Putin and that any negotiations with Moscow could be held only if it pulled out all its troops.

Ukraine and allies fear any ceasefire without a total withdrawal would let Russian forces recover from a string of losses and regroup.

Peskov said Russia would not pull out of Ukraine. He added that the search for ways to end the war was hindered by the U.S. refusal to recognise Russia’s territorial annexations.

Biden has not spoken directly with Putin since the Feb. 24 invasion. In March, he branded Putin a “butcher” who “cannot stay in power”. However, he has signalled in recent weeks that Washington would like to entice Putin onto a diplomatic off ramp, after months of battlefield losses.

Putin told German Chancellor Olaf Scholz in a phone call that the Western line on Ukraine was “destructive” and urged Berlin to rethink its approach, the Kremlin said.

In Berlin’s readout on the call, Scholz’s spokesperson said the chancellor had condemned Russian air strikes on civilian infrastructure and called for a diplomatic solution to the war “including a withdrawal of Russian troops.”

Putin has said he has no regrets about launching what he calls a “special military operation” to disarm and “denazify” Ukraine. Ukraine and the West say Putin has no justification for what they cast as an imperial-style war of occupation.

Some contacts have been sustained between the sides. A deal that partially lifted a Russian naval blockade of Black Sea ports has allowed some grains shipments out of Ukraine, and another agreement on Russian fertilizers is in the works.

Several large prisoner of war swaps have occurred. Zelenskiy said on Friday that Russia had released 1,331 detainees so far.

But the fighting has persisted unabated in Ukraine’s east and south.

In the east, the town of Bakhmut is now the main target of Moscow’s artillery attacks.

Three people were killed and seven wounded in Russian shelling of the Kherson region over the past 24 hours, the regional governor said on Friday.

The regional capital of Kherson – recaptured in mid-November – and other parts of the region were bombarded 42 times in the same period, Governor Yaroslav Yanushevych said.