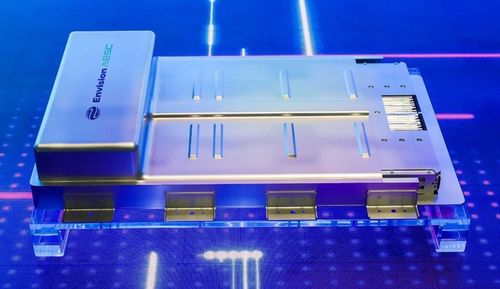 Matsumoto declined to comment directly on whether the company was considering an initial public offering to fund its expansion plan, saying all options are on the table.

“We cannot rely solely on our parent company for financing,” he said.

Launched in 2007 as a joint venture between Nissan, NEC Corp and its subsidiary NEC TOKIN Corporation, the battery business was sold to China’s Envision Group in 2018.

It has been supplying batteries for Nissan’s EV Leaf, which had been the world’s top-selling EV, but sales of the vehicle started slowing in 2015. Envision AESC has also said it plans to supply batteries for Honda Motor Co and Mercedes-Benz.

The company hopes to break into the top-tier EV supply rankings by leveraging its more than a decade of battery production experience.

“We have been able to devise a way to combine the quality and performance of Japanese technology with China’s sense of speed and cost competitiveness to gain a stronger competitive edge,” said the former Nissan executive.

Matsumoto said the company is aiming to expand its share in the global EV battery market by roughly five times to about 15% by 2025 or 2026.

The company is building additional factories in the United States, the UK, France, Spain, China and Japan, as it plans to raise its global battery production capacity 30-fold to 300 GWh per year by 2026.

Matsumoto said Envision AESC is also aiming to offer a solid-state battery for EVs by 2027-2028, in line with Nissan’s target for the still-developing technology.

The new technology offers more energy density and better safety due to a lack of flammable components, but it is more expensive than lithium-ion cell technology.